"ONE THOUSAND WAS IN THE SKY"

"BUT ONE DAY THE KING MINUS STARTED A FIGHT"

"THEY FOUGHT AND FROM THOUSAND ONLY ONE SURVIVED"

ONE - The Legend of 1000 is a platform game where you play as ONE, a number whose power got stolen and is then held captive by King Minus.

After a lucky coincidence, he is able to escape from his prison and embark on a journey to take his power back and defeat the evil King and his men henchmen.

Live his story and defeat King Minus for a better and more positive world!

I would like a Mac version or you could even remake this in GBStudio!

For mac, you can play the HTML5 version on google chrome, it will work fine!

Will it work in Safari? I don’t use Google chrome because it’s bad to have one browser that controls the internet

I’ll test to see if it works in safari

I tested it and it works! This game is great. I love pretty much everything about it. Tons of personality in the world and the characters, a fun game style, and I like the unique battle system

Also, which engine did you use to make this game?

You can try to play the browser version!

The game is amazing. Boss fights are really well designed. I would like to have a game made just of sequecne of such boss fights

Right off the bat, this game is extremely charming and pretty to look at! The graphics are simple, but quite memorable, and the character designs vary from adorable to hilarious!

The platforming was way too simple for my liking, but it's certainly serviceable, considering the length of the game. And the game controls very well in spite of that!

If I were to criticize it in any way, it would be that I was hoping the game explored its original mechanics further, like the collectable double jump. But the game is perfectly fine as it is. Not very replayable, but as I've mentioned before, very charming.

I decided to limit the difficulty level in order to keep the game short enough for a game jam and avoid having anyone spend a lot of time in combat because of the difficulty, as it can be quite hard if you have to try out a bunch of games. 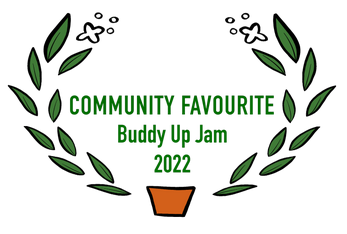 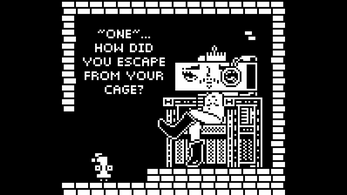 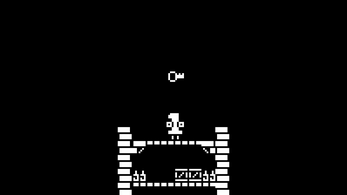 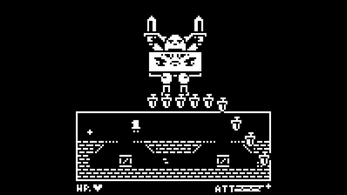